As previously announced, we've launched the latest version of AirlineSim today. The first game world to run AirlineSim 6.3 is (again) called Quimby. So if you just want to start playing right away, simply head over there now. Otherwise, you can find our official press release below.

Today, the browser-based aviation management game AirlineSim launches a new version which introduces Dynamic Turnaround Times, replacing a static model that has been in use for more than a decade.

The turnaround time is the time it takes to get an aircraft ready for departure after it has arrived at the gate. In reality, this performance indicator makes the difference between a sluggish legacy carrier or an agile low-cost airline. Up to now, this time was static in AirlineSim, severely limiting the ability of players to build differentiated operational models.

With today’s release, turnaround times depend on a wide range of factors - like catering and actual passenger count - most of which can be influenced by the player. Martin Simons, founder and developer of AirlineSim, says: "It has been bothering us for years that AirlineSim effectively only allowed for a single operational model and I'm very happy to say that we've finally resolved this weakness, adding a great amount of depth to the game.".

The new features are first available in the new game world Quimby which has been launched in parallel with the new release of AirlineSim. 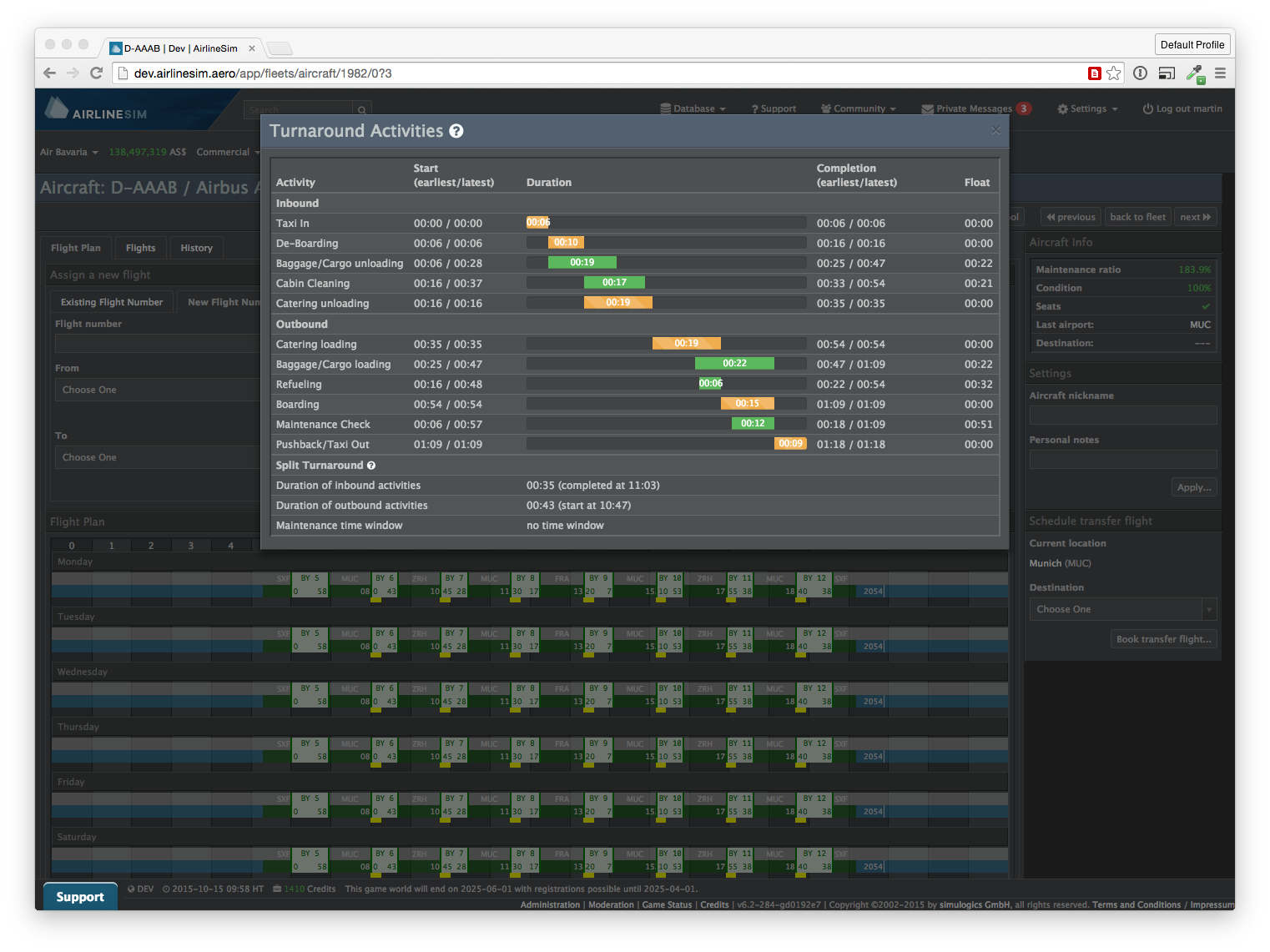